There But For Fortune ...


It's been an interesting, wonderful time living at a cruising crossroads and popular stopover harbor.  Lots of our old friends from Annapolis, and new-friends-just-met, and Facebook friends met IRL for the first time, all have passed through and we've shared sea stories and drinks (and in many cases, tours of El Galeon) before they continued on their way. We love the chance to socialize and play host and keep in touch with friends' news.

The first friend to come through had a wonderful visit, and we had a wonderful time hosting him, and a few weeks later posted that his trip was complete and he was back at the dock in Annapolis.  Two other friends came through, less than a week apart; we had drinks and dinner and tours and saw them sail away ... and then we got the news that both had lost their boats.  One had run aground when they lost their steering in a storm and was evacuated by the Coast Guard, and that the other woke to the smell of smoke and escaped in his dinghy while his boat burned to the waterline and sank.  (To protect their privacy I'm not giving details or links to stories; both sets of friends are still working things out with the insurance companies -- and with their own emotions, although they are physically uninjured.) A week later we learned that a third friend's spouse lost their job. The couple and their kids, no longer able to pay the rent on their home and on the verge of homelessness, are now moving in with the parents.  These friends are in their 40s, what should be their prime career money-earning years.  Another friend who is working full-time but still can't make ends meet, has to put off some medical tests because there's just no money for even the co-pay.

(Seeming non sequitur, bear with me please) Some time ago we had agreed to be interviewed and photoed for an upcoming book; the interview was last night in our cockpit.  There was a question about the best and worst aspects of our life aboard. The worst, per Dan, was fixing the head, the best was how many places we could explore when we're not tied to any one spot.  From me, the best is that the tiny size of the boat makes it impossible for us to collect "things," so we've discovered the delight of collecting intangibles: experiences, friends, memories. And our most memorable story? I thought of lightning strikes, and phosphorescence lighting the edge of the waves like a necklace of sapphires on the beach, and shooting stars and a tiny bird hitching a ride with us far offshore, and settled on the dolphins' sunset celebration and green flash in the midst of an otherwise dreadfully uncomfortable overnight passage last autumn. The interviewer said it gave her chills as we described the perfection of those few minutes.

Reviewing our best times for the interview, juxtaposed with our friends' recent disasters, I'm reminded anew of how terribly fragile we -- and our good luck to be living this life afloat -- are. 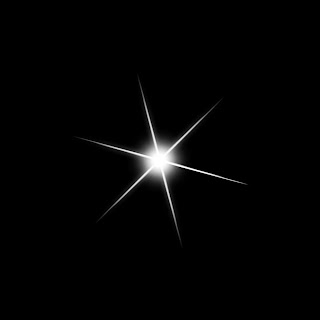 Blogging from A to Z: Looking Back, and Looking Ahead

During April, I participated in the Blogging from A to Z challenge -- one alphabet-themed post per day, starting with A is for Aruba Aftermath and ending with Z is for ... I didn't know what Z was going to be for, until I got there, because part of the challenge for me was writing on the fly.  I learned two interesting things about my own writing from the experience.

Wow.  I've never blogged so intensely before, or quite so consistently, as I did during the April challenge.  Quite the learning experience!

Especially when I was writing for the Capital (newspaper) I liked to spend quite a bit of time on each post before it was published.  I'd make a rough draft, then let the thought percolate in the back of my mind for a few days while I tweaked the wording and considered other angles and aspects.  I was permitted, even encouraged, to comment on local political issues relevant to the boating community, and controversial ones.  I was given absolutely free rein, and I took the responsibility very very seriously.  Between that newspaper experience, and my scientific career, where every word of everything I published was reviewed by no less than 6 fellow scientists, I'm very used to agonizing over individual words as well as concepts.

But a blog is not a scientific report or a newspaper article.  In addition to being controversial, one of the other pieces of guidance I was given when I started blogging was that blog posts could be casual, informal, and fresh, in your personal voice ... the exact opposite of the many layers of review and sterile, formal language I was trained to write in as a scientist.  Having the freedom to be casual with my writing was both inspiring and daunting.

For this crazy A to Z blog challenge, being casual was also necessary.  I learned about the challenge after it started, from a post on a friend's blog. So I was always one day behind, writing on the fly.  I thought that was the challenge; can you write a blog post every day?  I had a total of 24 hours for each. No planning, except that the evening of April 1 I tried to make a list of nautical words, one for each letter of the alphabet, that could serve as the inspiration for my posts.  That list guided me all the way to the letter "B," when I abandoned my planned topic (big boats? barnacles? I don't remember) in favor of eulogizing a liveaboard friend who died that day.  Even if I had had preplanned posts, that planning would have been thrown out the window early.  I later learned that some of the bloggers had been planning their posts since January.  Leave it to me to make things even harder than they are supposed to be.

So that's the first thing I learned from the challenge -- that I can write faster than I had believed.  And I don't know that these quick posts are better, on the whole, or worse, than my carefully massaged ones, just different.  What do you think? Let me know in the comments.

The second thing I learned related to a different piece of blogging guidance: People don't want to read what happened as much as they want to read about how you felt about what happened.  "Don't let your blog become a chronicle of 'what we did,'" I was advised.  Next thing you know, you will be blogging that today I went to the mall, and walked the dog -- bor-ing! It's all too easy, especially with sailing/travel blogs, to fall into the trap about writing about the chronology of the trip, but what is really interesting is the stories, the people, along the way.  Going A to Z gave me a very obvious way to step out of telling stories in chronological order, and reflecting on the bigger aspects of life on a boat that are unrelated to things in time, and that was the biggest benefit of all.

Will this experience permanently change the way I write? I don't know.  Will I try it again next year? Most likely.  Will I slow down a bit for May? Yes!
Posted by Dan N Jaye at 14:13 11 comments: