The Blue-and-Yellow Challenge (for Ukraine)

Almost immediately after the Russian invasion of Ukraine, our neighborhood turned blue and yellow. There were Ukraine flags on the houses, Ukraine bumper stickers on the cars, yellow sunflowers in blue flowerpots on porches. My Facebook page was filled with images "in support of Ukraine." And I was thinking, yeah, that's all quite nice, but ... how about some tangible support? And thus, my very own blue-and-yellow challenge was born.

That first photo obligated me to donate $47, by my own rules. There's a local restaurant that was sponsoring refugees in a tiny village in Slovakia and doing a fundraiser of their own. I liked the idea of direct giving, and of closing the loop -- this was the restaurant that hosted our sea shanty pub sings in happier times -- so they got our first day's pledges.

The owner of the townhouse we rented was one of the commenters on my photo of the spoonrest. So it made perfect sense to have her choose the recipient of that day's pledge money; she selected a way to support a music-festival fundraiser. Doubly meaningful because she was personally affected. She's Russian and still has numerous family members in both Russia and Ukraine.

I was having fun, finding blue-and-yellow images everywhere! And I could tell that my challenge was growing and catching on; a friend who was a USNA grad saw this picture and offered to match the amount I pledged as a result of comments from that day. Another cruising friend told us about someone she knew personally, who was gathering baby food and medical supplies in the Czech Republic and bringing them into Ukraine under cover of darkness; we sent the day's pledges to him via PayPal. 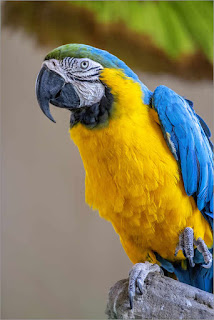 On Day 9 I was already approaching $250 of my own money plus $100 from our USNA friends so I started thinking about wrapping things up. I challenged other people who had been playing along to flood their timelines too!