Nothing Gold Can Stay

My mind is a little collage of quotes and images swirling, but all on a common theme. Nothing great lasts forever; the glory days inevitably end; longing to still be living them; and knowing they will never really exist again that way (if they were even ever real). Words like the Portuguese saudade and its Welsh cousin hidraeth that articulate this melancholy homesick longing for what is lost. Quotes like “Don't cry because it's over, smile because it happened;” and “How lucky we are, to have had something that makes saying goodbye so hard;” and the Robert Frost poem that this blog post is titled after, one of the first poems that I loved enough to memorize back in high school, and never forgot.

Pride of Baltimore tall ship came in to the Annapolis harbor for the weekend and we went down to watch. We knew there were no deck tours offered, due to Covid, but I thought maybe to tiptoe back into the tall ship circuit, chat with one of the crew from dockside and swap a few tales. How their cook almost lured ours away during reciprocal ship tours in Philadelphia because they had such a well appointed galley compared to ours; or seeing them anchored at sunset as we shared a safe harbor at Matane in Quebec awaiting Hurricane Dorian.

But that was not to happen. We weren't visibly part of the tall ship community any more. To the crew on board we were just ordinary dockside passers-by in jeans and navy blue windbreakers gazing at the ship.  Not even enough eye contact for the crew onboard to realize that those jackets we wore bore the logos of fellow tall ships. The crew was busy, coiling lines, stitching sails, oiling leather. We know those jobs! We've been the ones climbing in the rigging, scrubbing the decks, and answering for the nth time the curious questions of the slightly-awed public on the docks. But those jobs were being done by someone else now, not us. Perhaps that's the way of anything you accomplish if you try for greatness. Eventually those golden days always end, the world goes on, and you're on the outside looking in.

Dan has been working at recasting our pirate characters' back stories for our new location and an English, rather than Spanish, heritage. So now these two characters were the ship's carpenter and the (cross-dressed, disguised) navigator on an English merchant ship that had been captured by the Spanish, and we worked aboard those Spanish ships for many years, and finally, in St Augustine, Florida, managed to leave, and make our way back to English territory in the Chesapeake. We made those characters “retired” pirates though, they are settling down and no longer dream of going back to the wild, high seas. Feels a bit melancholy to frame our characters in that context, and at the same time it gives us a platform for our Spanish cultural history explanations, and also is a story that makes sense of our ages – at 70 it's sort of ludicrous to portray a woman disguised as a young boy. Surprisingly, it also feels very comforting. A chapter is ending and it's time to turn the page and see how the next part of the story unfolds. It really was time ... better to retire while our former colleagues regret our departure than wait until they're relieved to be rid of us! But it still makes me more than a little sad; from here it's hard to imagine what that next chapter could possibly be, to rival the excitement of the previous one. Which is just exactly the point -- we've lucked into some incredible adventures, that deeply changed us, and the best way to honor them is to share those stories. 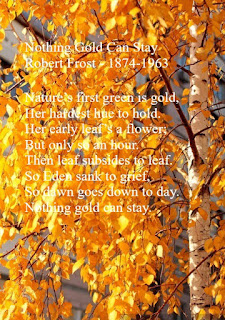 I'm (weirdly) finding that other than the issue of my glasses fogging, I like masks.

I have face-blindness. Not horribly bad, but enough so that it's difficult for me to immediately recognize people especially when they're out of their proper context – running into my doctor in the grocery store,  for example. I loved working for DoD – everyone had their name right on their uniform! And, typically, found it challenging when people were allowed to wear business casual to work on Fridays and the last two weeks of December.

So with everyone wearing masks and a little harder to recognize, my difficulty with faces is not so obvious. It's a great equalizer. And more; the masks themselves became a clue. My friend B. always wears a bright red mask and that makes it very easy for me to know it's her even when I can't see her face. I'm reminded of a science fiction story I read as a kid where everyone personalized their standard issue black and white space suit helmet so they could be recognized at a distance. Cheeky pink polka dots, or tiger stripes, or neon green, whatever, both practical and an expression of their personality.

Life imitates art? Here we are in 2020 living that children's story. Very early in the lockdown we made ourselves a pair of masks by cutting up a pair of old tight-weave cotton pants. Then my wonderfully talented equaintance-turned-IRL-friend T. made us a set that are unique and reflect our interests. Now if I could just find that spaceship, I figure that living on Cinderella for 18+ years has given us lots of practice.