An old whaling town, then industrial mill town, now a big fishing center, but trying to be known for the bigger context of their maritime history, which is why they invited us. We were treated to free passes to the local whaling museum, a huge, spectacular collection. My favorite oddity from the town was the large Portuguese population -- lots of folks from the Azores who got into the whaling in the 19th century. And a Portuguese restaurant gifted us coupons for free Portuguese beers in our welcome packages.  We took advantage of the coupons and also tasted their cod cakes. Different from the fish cakes we're used to in the South, in these the fish was so finely minced it was almost pureed, mixed with fresh herbs and mashed potatoes, and then fried.  Very light, very tasty, something we're hoping to try and replicate when we're back aboard Cinderella.


What do a couple of people who live on a floating tall ship museum do on their "dia libre" (day off)? Why, visit a local maritime history museum, of course! 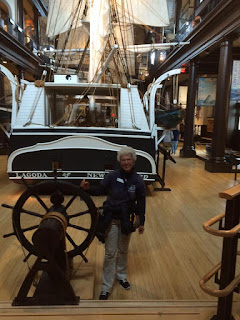 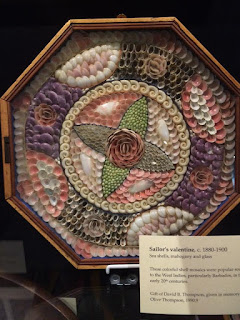 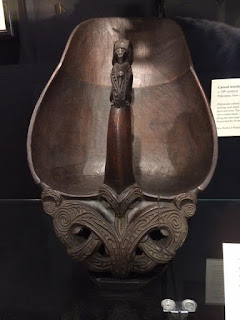 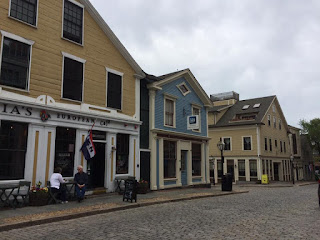 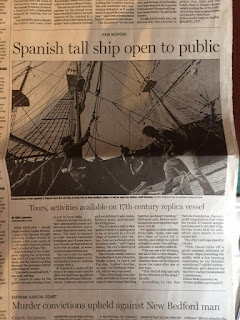 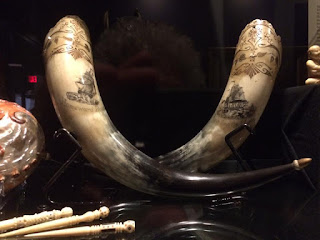 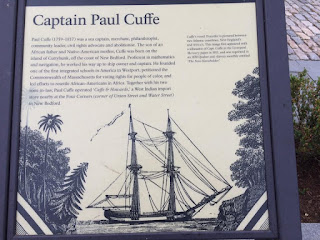 Pavement photos: Here are the ends of a crosswalk in New Bedford. Somebody in public works has a sense of humor!! 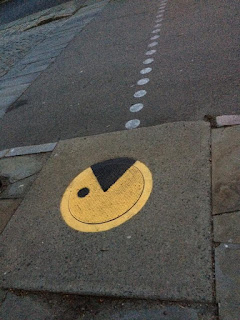 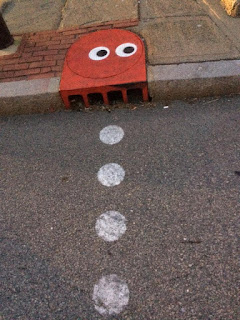 El Galeon docked in New Bedford, view from the whaling museum. My favorite visitor in this town had a conversation with me about the nature of the frontier that is such a part of the American psyche. His claim is that we had a frontier that was ultimately maritime in our roots, long before Hollywood romanticized the cowboy image of "frontier." Food for thought?