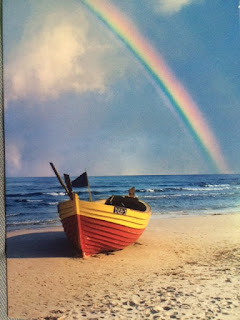 We pulled up to the fuel dock and handed our lines to the somewhat scruffy guy who had been sitting in a rocking chair sipping on a beer until we came along. The beer at work, in early afternoon, startled me until I remembered where we were -- not on the mainland any more.  Just another colourful character we'd met in the islands, happily unambitious.  While he pumped diesel we chatted, and got a brief overview of his life story.

This particular fuel dock and bait shop is a "mom and pop" store, owned (he told us) by a wonderful Cuban couple who took him under their wing.  They don't pay him to work there, but they allow him to dock the small boat that lives aboard for free.  Whatever they cook for their own family, they bring him a portion of, every day. So he has no income, but also no expenses.  On rainy days when no one comes to the fuel dock, they don't need him to work, so he lays on his bunk and reads or listens to music.  On sunny days he takes his boat out to the reef and fishes, or walks to the beach.  The owners give him various castoffs, from spare clothes to a small flat-screen TV. The staff splits their tips, that's enough to keep him in beer and cigarettes. He doesn't have or want a car, where would he go that is more wonderful than where he already is?  His wants are few, and he has everything he needs, he said, in this one tiny section of island paradise.

So Long, And Thanks For All The Fish!


Every time we went for walks in Crane Point, we went to visit the birds.  In fact, we spent so many hours looking, and learning, and watching the birds heal at Marathon Wild Bird Center, we were once lucky enough to be there when they were releasing birds that were fully healed. 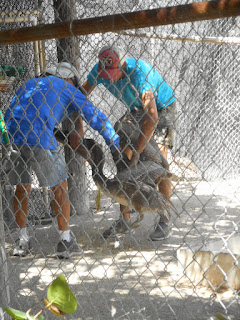 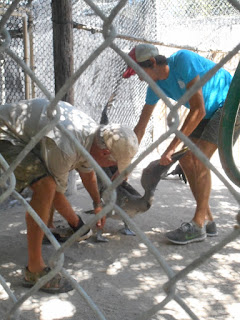 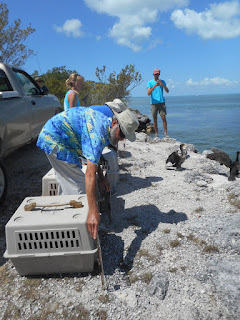