Of Well-Funded Adventures -- Or Not 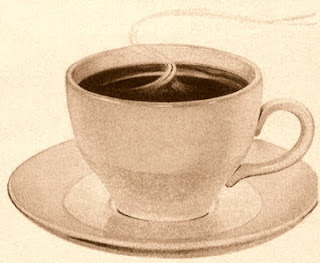 So I had met this guy who called himself “Joe the Cobbler” in a sailing forum online.  We found ourselves arguing opposite sides of discussions on the value of a college education (even though he’s a college graduate), of anchoring rights (even though he’s meticulous about honoring the rules of the places he visits even when he doesn’t agree with them), who knows what else.  Ever since, we’ve eyed each other a little bit warily online…then came a discussion a few weeks before the election, when tensions were high everywhere, that looked for a moment like it was going to turn downright nasty and class-warfare-ish, and instead became a startling breakthrough that not all members of a labeled economic group like the 1% or the 47% think alike. Yes, of course this insight is not all that profound in “real life,” but on the internet -- where all you have to communicate with are words, without tone or body language to give you clues -- it’s incredibly easy to categorize anyone and hard to think of them as more than two-dimensional, or sometimes even more than one-dimensional.  We both dumped a few stereotypes and became, if not yet friends, at least more sympathetic to each other.

Anyway, Joe posted that he and his family were anchoring in Annapolis for a few days.  They were on their way to Florida for the winter – even though November is late for southbound boaters to be this far north, Joe casually said they’re from northern NY and used to the cold didn’t bother them. We agreed to meet for a cup of coffee at one of the shops near City Dock.

Now, Joe’s the kind of book that you might judge negatively from his cover...and then missed all the wonderful stories inside.  If I’d seen him on the streets of Annapolis, well, I might not have crossed the street to avoid him, but we probably wouldn’t have gotten to talking, either.  The word “scruffy” seems to have been invented for describing Joe.  Not unclean-scruffy, but colorful-character-scruffy, the bushy beard and old coat and rucksack made him instantly recognizable from the description he’d emailed me when he, along with his wife and daughter, came into the coffee shop.  We ordered coffee and snacks and grabbed a window table so we could people-watch.  Then the stories started.

Joe led a rollicking life that included a stint in the Army and driving a truck and running a shoe-repair business (hence the moniker).  He talked about the people he’d met bartering handy skills like carpentry and welding in exchange for free dockage at quirky little towns along the coast; Dan talked about midshipmen he’d coached while in the Naval Academy’s OSTS program.  Joe and Dan compared stories about serving in Korea, 20 years apart.  We talked about coastal cities we’d visited and favorite anchorages and learned that Joe’s wife Kim had an engineering background like Dan and me.  They told about staying in NY one winter so their 8-year-old daughter Maria could experience snow (they nicknamed her “Marina the Cabin Girl” over her objections, and she was as self-possessed and comfortable interacting with grownups as are most of the homeschooled cruising kids I’ve met) and Dan reiterated that the only ice he prefers to see is the ice in his drink glass.  We talked with the barely-stopping-for-breath urgency that cruisers often have when they know their time together is short and their paths may not cross again for months or years, and there’s just so much to cover.  The coffee was long gone cold and the sky was dark when we separated to go back to our respective boats, as they were sailing south again in the morning.

In the conversation and even more in reflection, I realized how many of the adventures happened partly because Joe and his family embraced spontaneity, but also precisely because of limited finances (or choosing to live frugally).  If they had just stayed in the marina the night he described in one of his stories, they would have had a pleasant, comfortable but unremarkable evening.  Lacking the money or inclination to pay for a slip, they instead traded labor for just-caught fish and an evening’s free dockage on a rickety dock … and acquired a story as well as meal.   As Joe’s tales unfolded, one thought that more than anything screamed through my head was the ultimate truth of a Sterling Hayden quote I’d once come across:

“To be truly challenging, a voyage, like a life, must rest on a firm foundation of financial unrest. Otherwise you are doomed to a routine traverse, the kind known to yachtsmen, who play with their boats at sea - "cruising," it is called. Voyaging belongs to seamen, and to the wanderers of the world who cannot, or will not, fit in. If you are contemplating a voyage and you have the means, abandon the venture until your fortunes change. Only then will you know what the sea is all about.”


Fair winds, my new friends, for now we’ll see you online.  May you always remain slightly short on cash and rich in stories, until we meet again.