There's lots of micro-scale cultural differences that remind me that even though we're in a European-style First World country here in the southeastern Caribbean, and the streets are safe and you can drink the water, we're still living island style. Check out these road signs:

In some cases, the meaning is fairly intuitive: 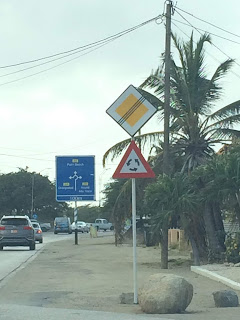 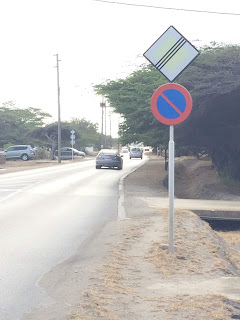 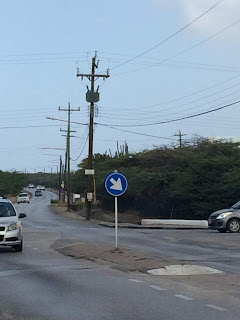 I got pretty darn good at roundabouts. I like them, they are self-adjusting and use intersections more efficiently than traffic lights; hence, less congestion. But there's one by the airport that is 3 lanes. I tried it a couple of times when traffic was very light to see if I could learn it. That made it better but once I did change lanes wrong and heard tires squeal behind me as I forced an oncoming vehicle to brake hard. Another time I ended up trapped and going around the circle 2-1/2 times until I finally got in the correct lane to exit!


But sometimes, they are just plain weird. I've never before been in a place where there's an actual road to "other directions." Must be an island thing. 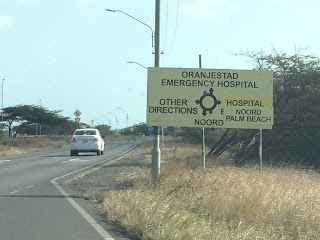