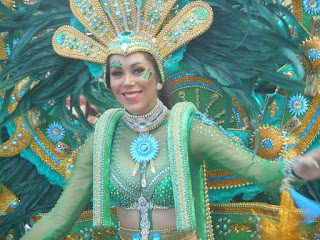 It was only six weeks ago, but the world is so much darker right now. But six weeks ago was exuberance, feathers, sequins. Loud music, dancing in the streets. Laughter. Crowds, kids, sparkles. Family groups. Friends.

The people who participate spend hundreds of dollars and hundreds of hours on their costumes (sometimes more!) And walk/dance for hours in the sun; it seems everyone on the island is either in the parade, or watching the parade cheering from the sidelines. All the splendour is a gift to their neighbors -- and has been one of our favourite things to do witness Aruba, every spring.

This year was a "small" carnaval. It "only" took a few hours for the parade to pass the spot we were standing. So here are just a few pictures of the faces of random folks who stopped for photos, happily displaying their artwork. I found the secret of getting those photos, by the way: gesture politely with the camera that you'd like a photo. They'll pause and smile. Click the shutter. Look at the camera to check the image, make eye contact and a thumbs-up or other gesture indicating the photo came out okay and gesture thanks. Then they'll give you the real smile -- the one that is simultaneously "you're welcome" and "thanks for appreciating my art and our island tradition." That's when you take the photo that will become the keeper. 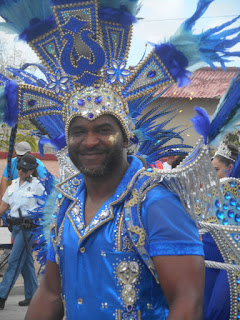 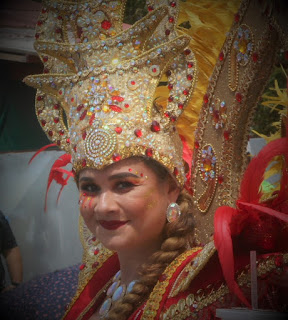 And a few of the "shoulder pieces." Imagine carrying this on your shoulders as you walk 4 or more kilometers in the sun -- then doing it again tomorrow! And paying for the privilege, for bragging rights but mostly just as a gift to your neighbors. 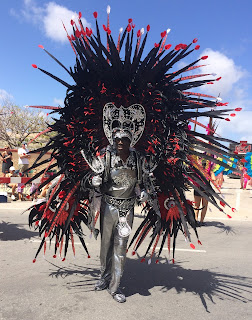 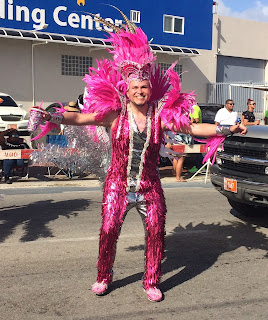 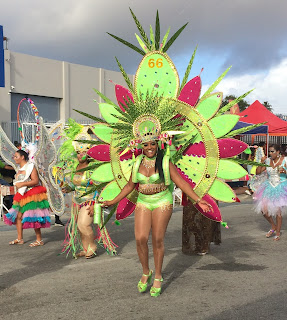