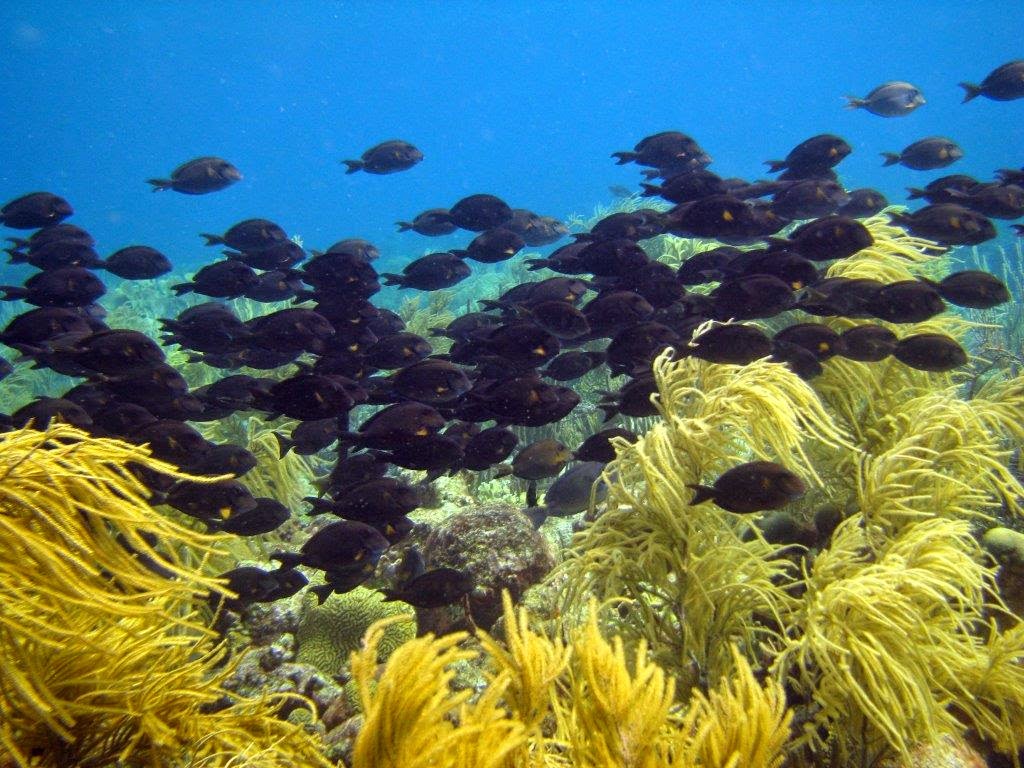 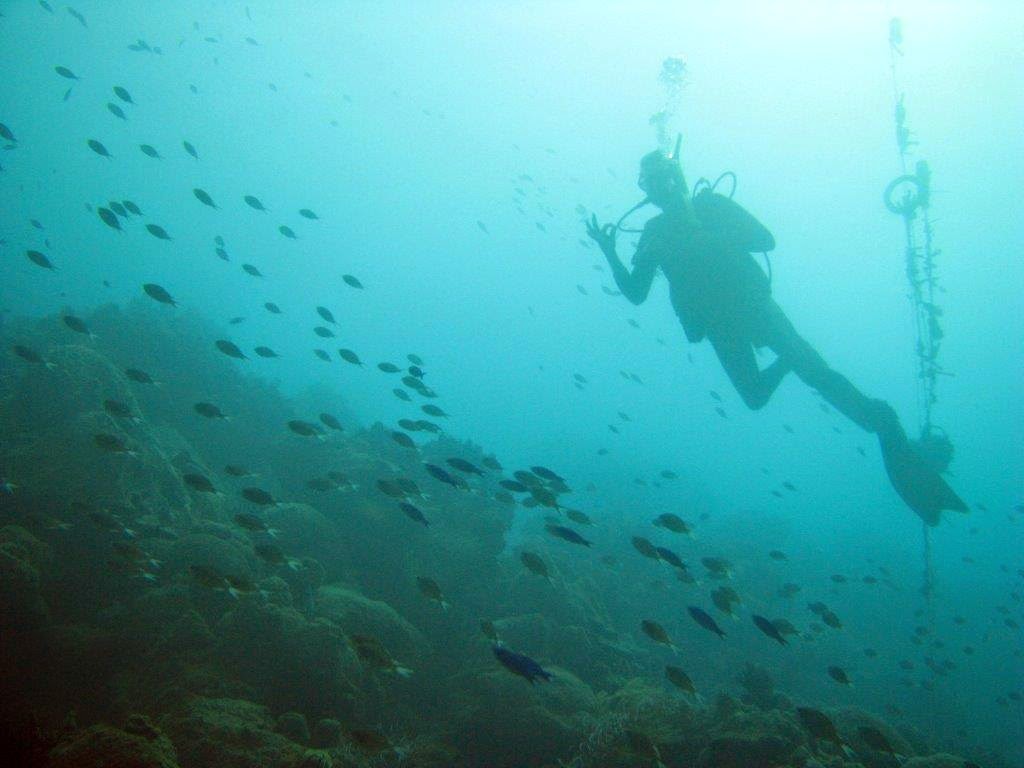 Floating weightless in a magical world that few get to experience ... scuba diving is a big draw for us in the clear waters of the Caribbean.  This year, we decided to take our certification to the advanced open water level.  We (mostly) had the skills already, but needed the paperwork, some book studying, and a few specialized dives.  One of the specialized dives we had hoped to do was an underwater photography dive, but that didn't work out for this year.  The underwater photos that go along with this blog post were taken by the incomparable Manon Houtman of Aqua Windies Aruba in 2013.  (If you're ever on Aruba and want to dive or snorkel, I can't recommend these folks highly enough.  We've known them about 15 years and have never ever had a bad experience.)


The first specialized dive we did was underwater navigation.  The first time we tried to do this part of the qualification was a couple of years ago and it was a total fail. The instructor gave us an underwater compass and made sure we knew how to use it. Then told us to swim in a straight line. I took off thinking, oh, this is easy, I've GOT this, I'm keeping perfectly straight, the needle is barely budging. Turns out, the compass was stuck, and I was swimming in circles. Duh!  This year, with a less sticky compass, the navigation part was quite straightforward.

We did a wreck dive.   We have dived on wrecks before, but this time, instead of just looking at the pretty fish, we were assessing it for exploration.  We estimated its depth and size and orientation, looked for entry points and possible hazards, and how to get back to our starting point. 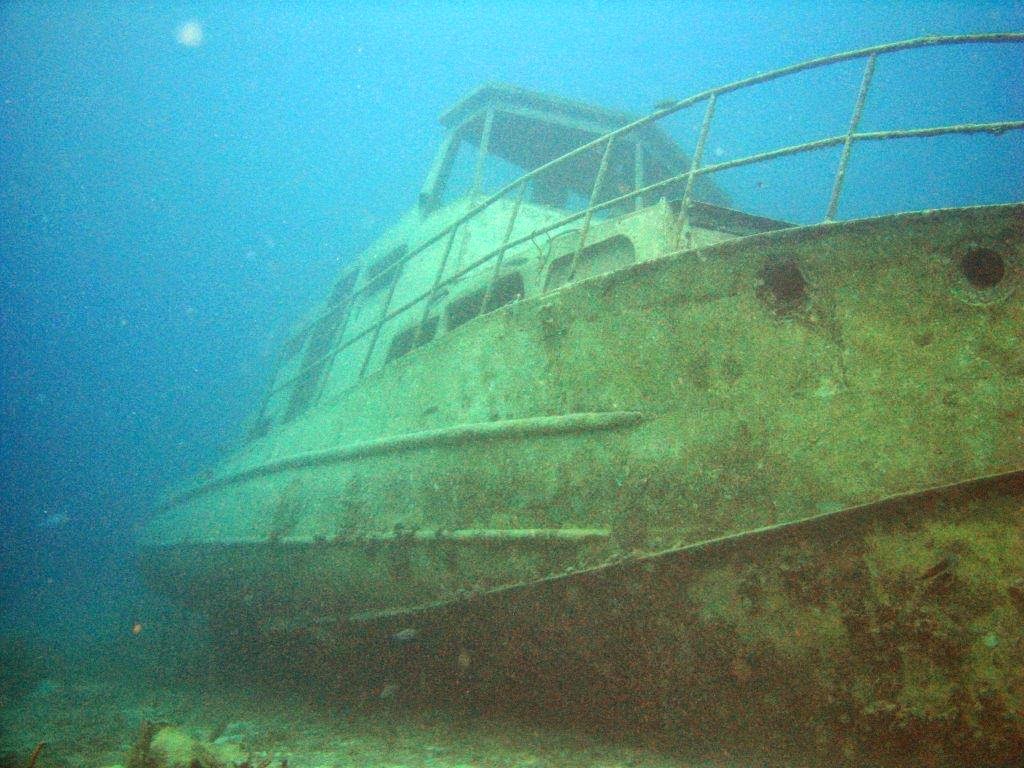 The next dive on the list was the deep dive, and it was one we had both been dreading.  We knew it would be dark, because that thick column of water above us would absorb light and make colors appear different.  But that wasn't the worrisome part.  What scared me was that the whole point of the exercise was to demonstrate (carefully supervised by the instructor) how your brain is affected by deep water and the nitrogen buildup in your blood.  We dove to 100 ft and had to do some simple tasks, like writing the letters in your name from back to front (so this blog name, Life Afloat, would be written taolfA efiL), and some dexterity tasks. Writing only took Dan about 15 seconds at the surface, but was **impossible** to do at 100 ft!  My hands didn't work and my brain was like I was seriously drunk only without the alcohol.  And the colors were also wildly different. Reds were gone completely, turned to black, orange became olive green, and purple became navy blue.  Highly disorienting even if my brain wasn't affected.  We were very happy after the tasks, to rise to a shallower depth of 40-50 feet and float along looking at the scenery.

After the lessons of the deep dive, the biggest challenges were behind us ... we thought.  Our next adventure was going to be a drift dive.  For this one, the boat dropped us off and we floated along with the current while trailing a buoy at the surface so the boat could find us to pick us up about an hour later whereever we had drifted to.  We had done dives like this before, the only thing new for us was learning about how to use the buoy.  No biggie.

Well, the biggest lesson of this day was not to get complacent. There were two groups on the boat doing drift dives that day, one pair of new divers with one instructor, and five of us more experienced divers with a second instructor.  They jumped in and headed out to do their thing; we jumped in and headed out to do our thing, which involved exploring the intriguing sunken wreck of a small plane and then letting the current carry us along a long linear coral reef.  About 45 beautiful minutes later, we surfaced ... to an empty ocean.  The support boat was gone.  I knew the captain, he was careful and attentive to detail, so this was a startling, though not yet alarming, turn of events.  Then I remembered our chatter earlier in the morning, when he had commented that the boat had been out of service the previous day due to a load of bad gas.  What if he were stalled somewhere, unable to reach us?  The ocean seemed very very big, and we were very very small, as we looked at the distance to shore!

The mystery was solved in about 10 minutes as a speck on the horizon well downwind of us got larger and turned into our familiar support boat.  Surprisingly, the currents had carried the two groups of divers in different directions.  The skipper had, quite properly, gone to collect the less experienced folks first, assuming we were better equipped to take care of ourselves.

Our last dive would be just the two of us ... the instructor was in the water nearby, but not with us to lead us, or to solve problems for us if things went sour.  Our task was data collection -- identifying different fish species we saw and how many of each, not a precise count, but just whether we saw a single individual, a few examples, many, or abundant (>100).  Sounded straightforward, and I've always been interested in how anecdotal evidence such as what we were collecting was incorporated into scientific assessments.  If we didn't record any purple-finned whatsitfish, did that mean that the whatsitfish was now an endangered species, or merely that we were not very diligent observers?  What we in fact discovered was that it was a harder job than it sounded to identify and record the species as they swam past.  Fish move fast when they want to, much faster than clumsy humans with air tanks and slates.  We counted upward of 30 different types, ranging from a single individual, to a cloud of hundreds of silvery swimmers each smaller than my thumb.

Here's some underwater eye candy.  I'll add a few to the Facebook page, too. 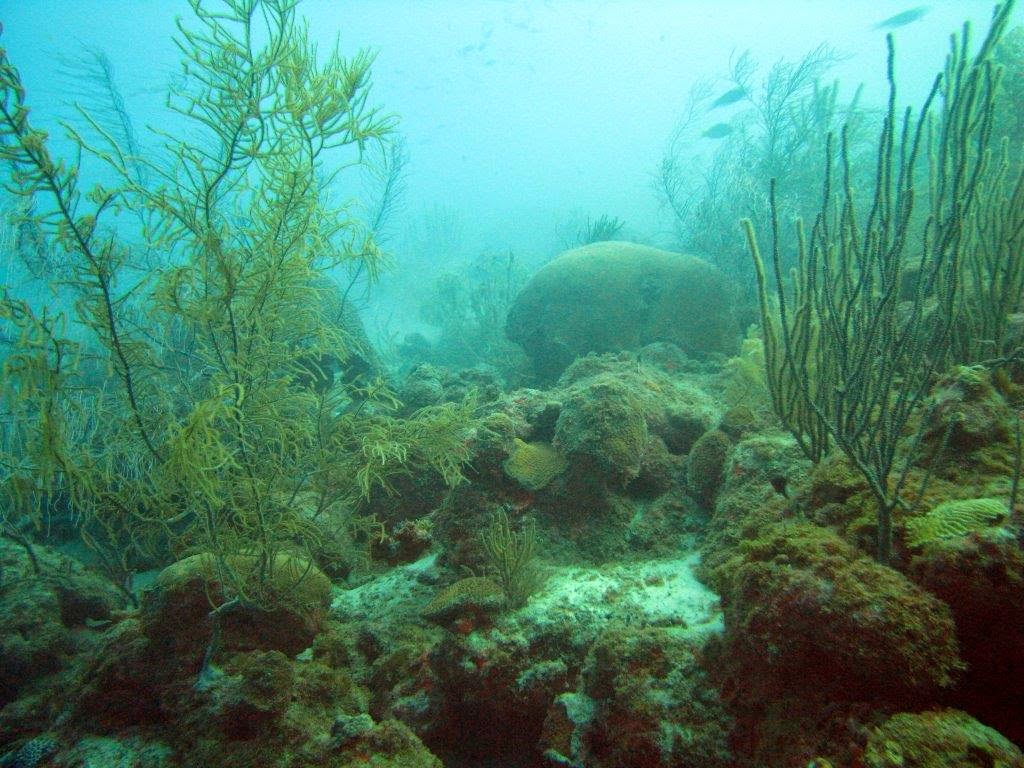 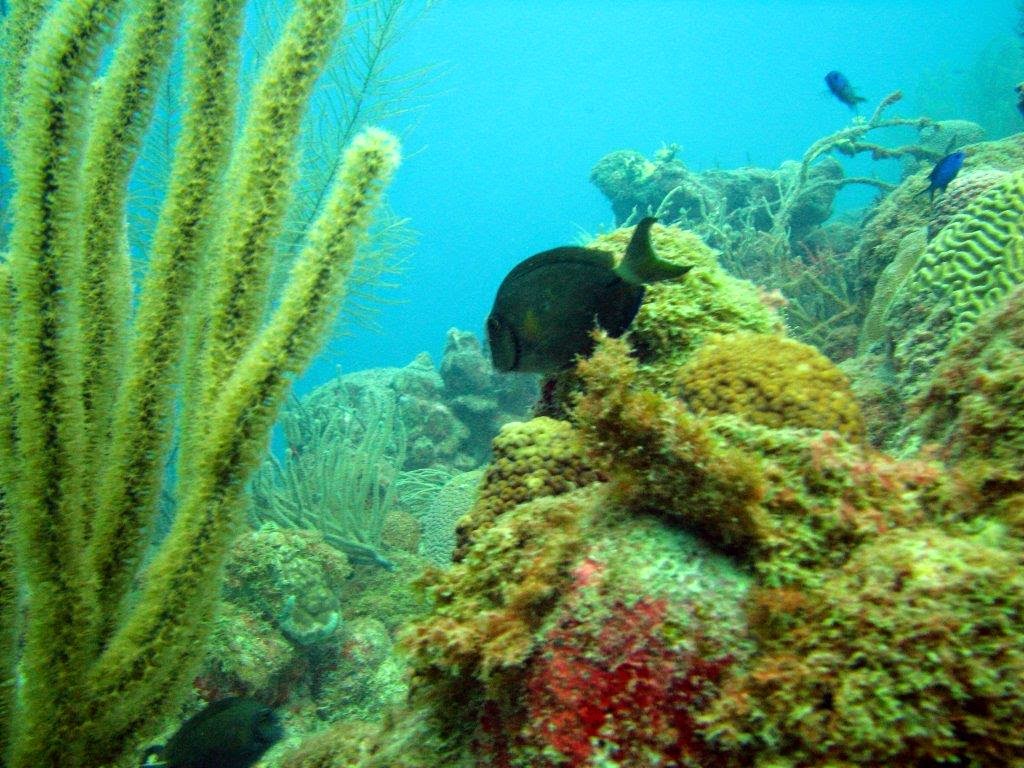 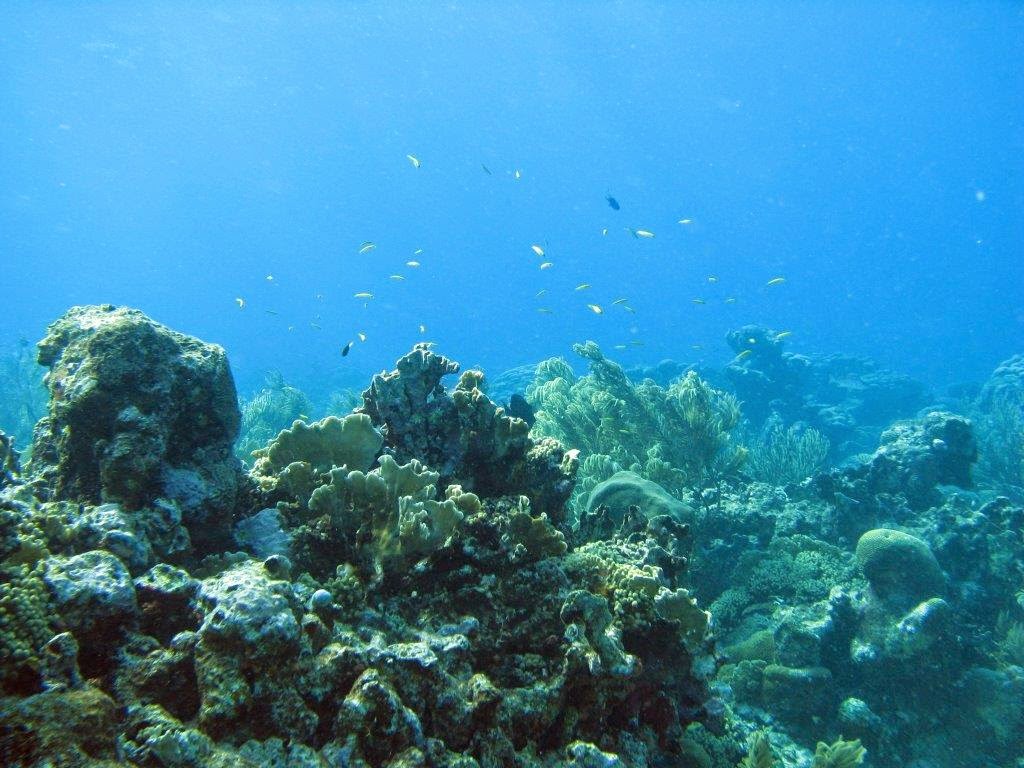 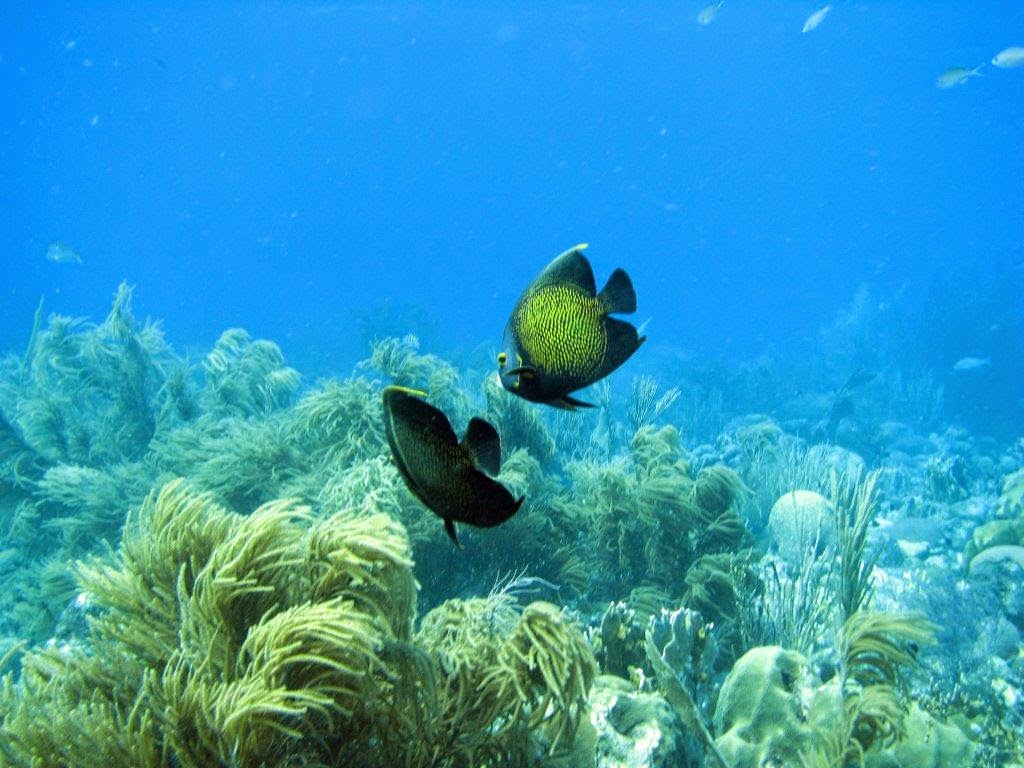 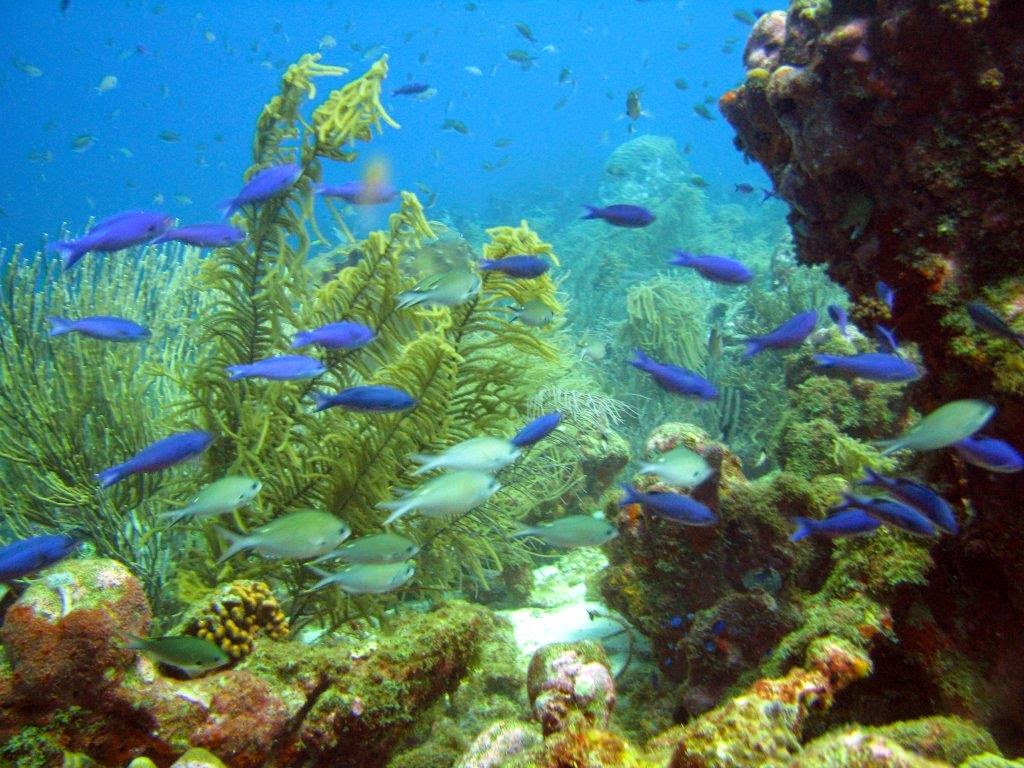 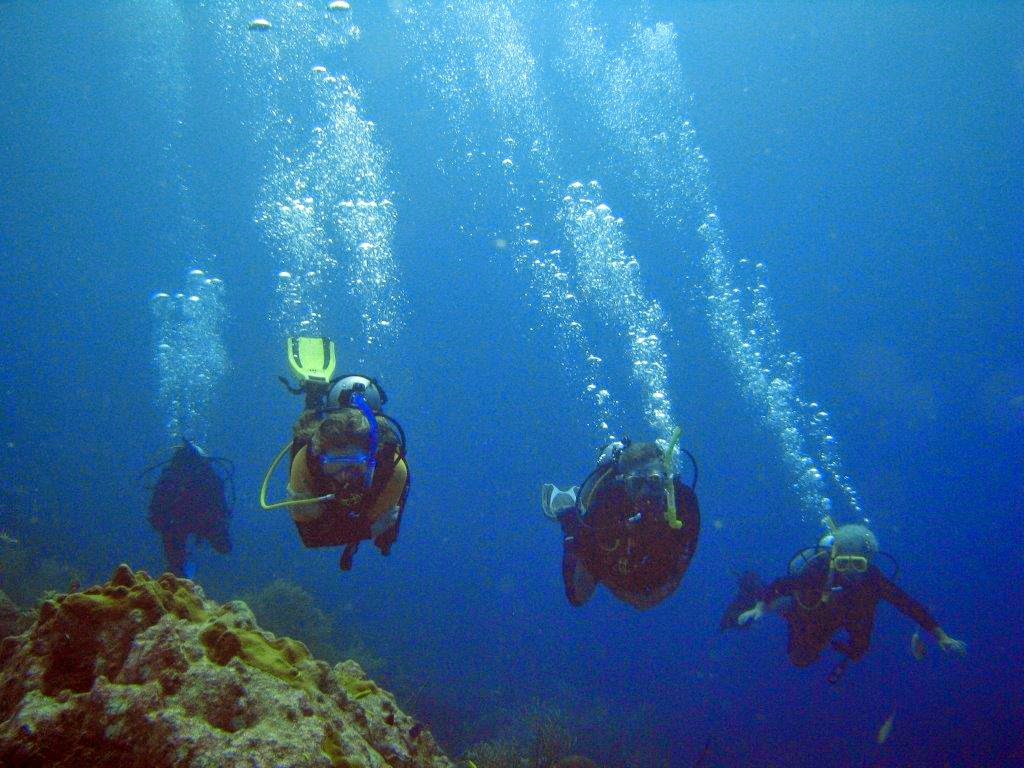 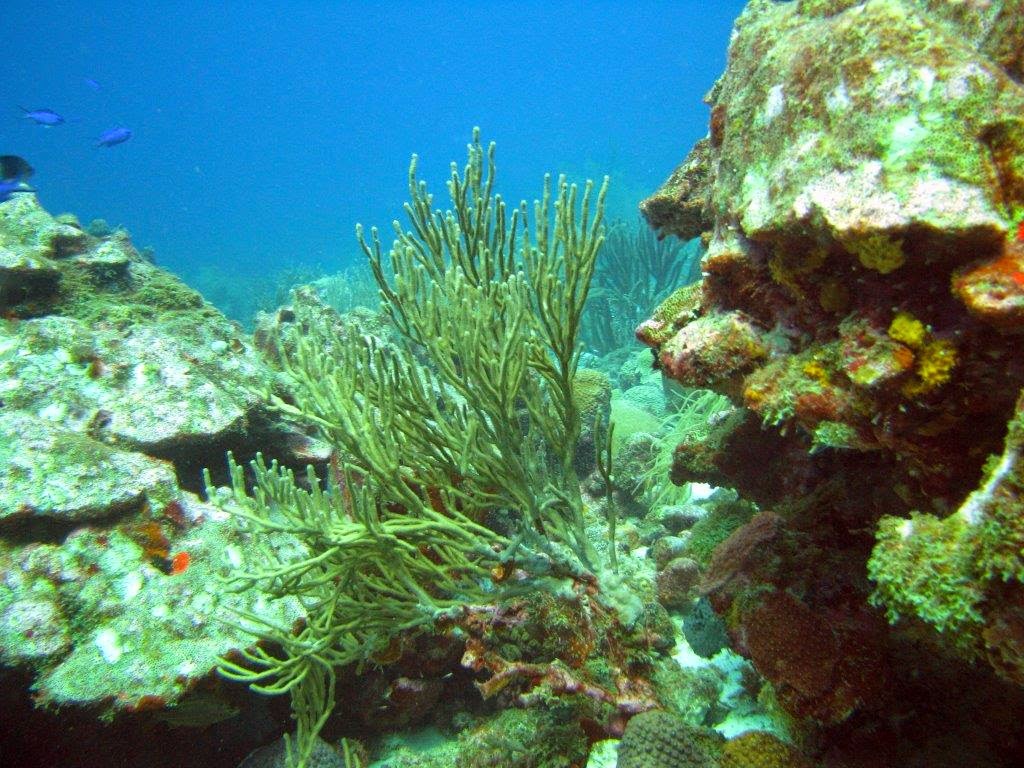 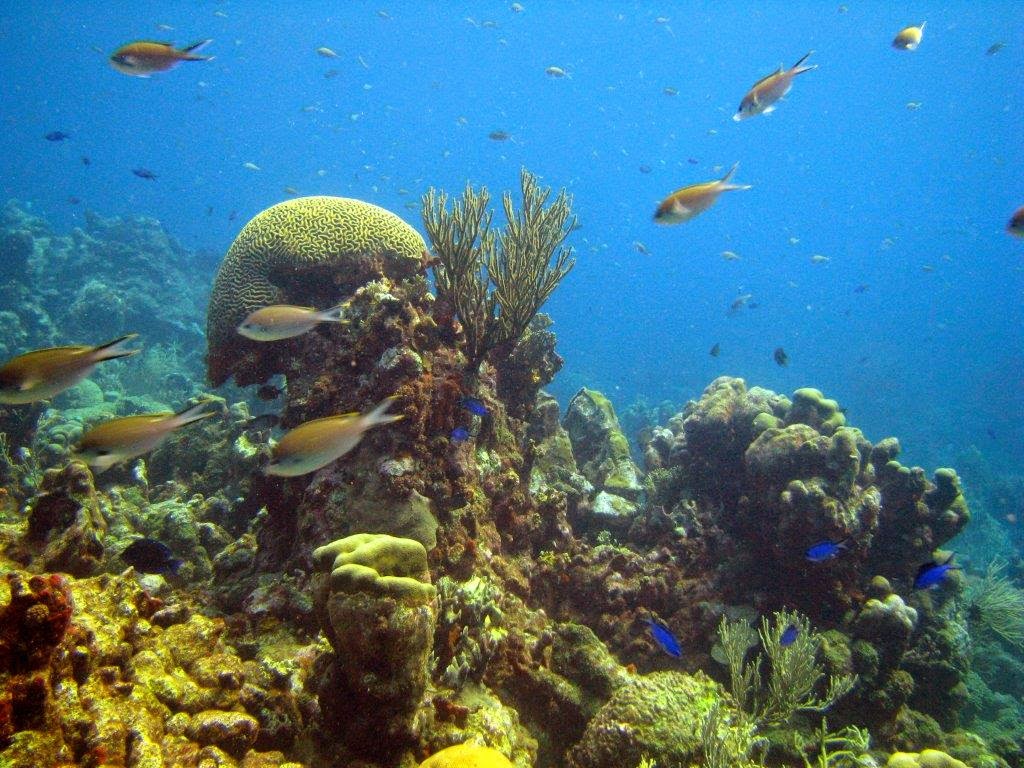 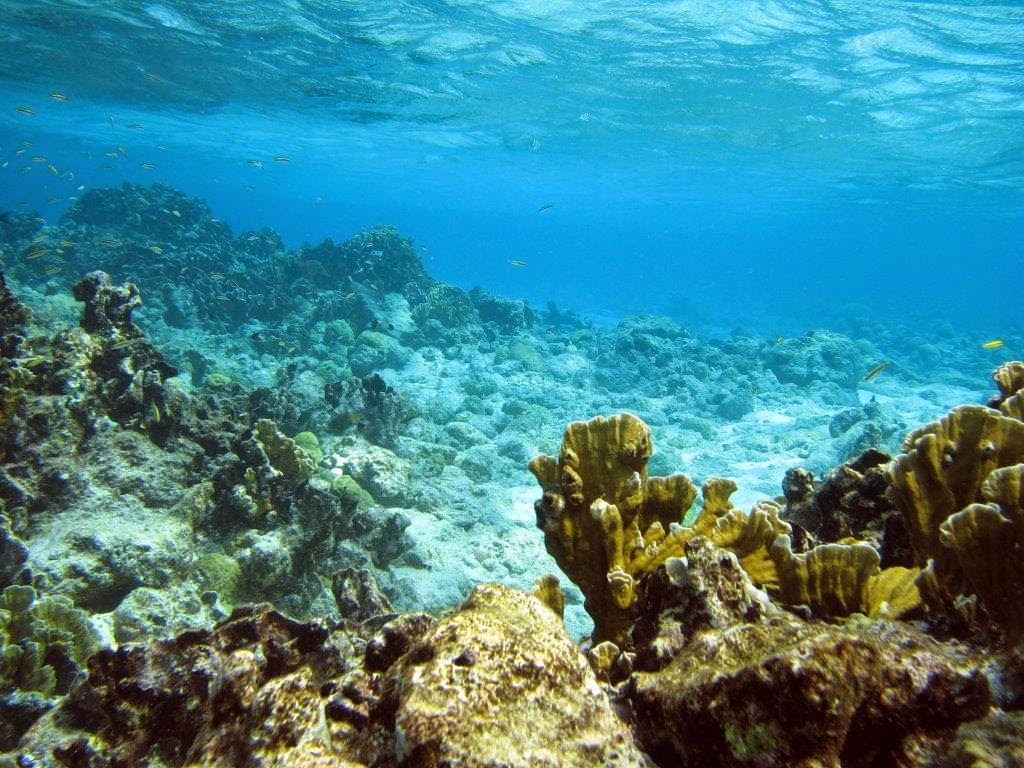 Both of our wetsuits were getting tired.  For Dan, his just needed in to be patched, so we brought it into a local shoe and purse repair place that was recommended. I realized we had a bit of a language barrier when I thought I was asking if we could have the suit back on Thursday, but I realized I asked for eggs. (huevos=eggs; jueves=Thursday) (but the "j" is pronounced like an "h")  For myself, a new wetsuit was going to be the only answer. I know they're supposed to fit tight, but as I was struggling to get into it I felt like a cartoon of a vain woman who insists that she's really a size 2 even though she's really large, and blaming the manufacturer who must have just designed this garment funny, blah blah blah. Zipping it up was a bit like a corset. It took 3 different members of the staff to convince me that it really was supposed to fit that snugly. Then I went diving in it ... and what a difference it makes! Amazing! And worth every bit of the struggle, it was so comfortable and WARM!